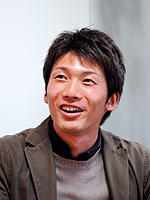 Thank you for your continuous support. We hope to have a good relationship this year as well as we did before.

Following high market price in the end of last year (according to Japan-Agriculture News INDEX on 27th of December, the average price of OR in major market is about 360 yen!), the market for the beginning of the year seems to be rising.

We rarely feel economic recovery because we are in local area apart from the big cities, but metropolitan area, Tokyo, Osaka and Nagoya etc., seems to get over the recession which continued for over 20 years. At least, we are pleased with good economy and flower consumption.

A new law about promotion of flowers is expected to be approved this year, so we hear positive comments from the flower market or industry. It will be different from the situation until last year, we hope so.

① The Exchange Rate of Yen is Going Weak

At the beginning of this year, finally 1 Euro = 145 Yen! It was on the same level as in May, 2006. At that time, yen kept be weaker for 2 years (1 Euro = 168 Yen in July, 2008), and then we faced economic downturn panic by the Lehman Brothers bankruptcy in 2008. The exchange rate used to go up and down for 4 or 5 years, but nowadays a big fluctuation came to happen in a short term (a year) by policy of huge ease of money.

The value of yen with euro went down about 20%(119 Yen → 145 Yen) compare to last January, and the price of most of import goods rise by weak Japanese yen, and it means the prices of heavy oil, petrol, cardboard, food, electrical charges, bulbs and import cut flowers are getting high.

Our company makes an effort to avoid customers’ risk by exchange fluctuation, and we haven’t changed any prices of SH bulbs when you ordered as our promise. Also we do treat NL bulbs as same as SH ones for customers’ stable business.

Although it might be normal if the price of bulbs which is deal on Euro become 20% higher, we aim to keep as reasonable as possible with our effort under this situation.

Until now, we got more orders from the customers than this time of last year. We appreciate it.

② The Result of Harvest in Holland

At the exporters, the final result becomes clear after delivery from all growers. Until now, varieties arrived in December were counted and some of them caused shortage. (We got nothing of some new varieties.)

Harvest has finished but they are still processing because they couldn’t do it till the end of last year, so the exact result will come later.

But generally, enlargement is not good and many varieties are expected to be shortage. If we cannot cover the shortage, we will inform you as soon as possible. We would appreciate it if you could discuss again with your planting plan.

③ The Statistics of SH

We were surprised at almost no difference from result for questionnaire of the exporters after harvest. Compare to last year, -2.4 % and -660 thousand bulbs, and this decrease must be of OR/OT mostly.

④ Shall we promote lilies more and form new epoch?

I am 34 years old which is the same as the average age of our staffs. This generation has experienced under the economy depression for a long time, so we are surprised with the better change of economic conditions. Looking back on market statistics after the bubble economy burst just gives us pessimistic view of the future, so we need to challenge for promotion of lily with new and fresh ideas for new epoch.

The 8th Lily Festa is going to be held from 4th to 8th of June in 2014. We are planning something new or good in this event. We hope to provide information inspiring new values of lily for flower industry that is recovering now on.

In Kochi, we had an opportunity to interact with growers last November and it was a great time to exchange information beyond their situation like the areas or agricultural association. In addition, on 27th of January it will be held “The Exhibitions and Business Conference of Kochi’s Flowers in Tokyo” through public-private sector joint efforts. For lily growers in Kochi who have very strong own character and independent spirits, it is the first approach something new about lily. Lily angels from Kochi will come there to support it, too.