Report of Trip to Holland

I visited Holland from June 1st to the 6th just before Dutch Lily Days.  This time some Japanese lily forcers joined as well.  I report it here.

This year, the temperature in May was record breaking high, and the growing was a little fast.  When we visited there, LA and Asiatics were in full bloom, and OT and early Orientals had started to bloom.  It was a very good timing to see both stages of before cutting and flowering.

At Royal Van Zanten, I learnt some interesting things about color.  Their pink and red colors are made using white varieties for the bases.  This gives Van Zanten varieties gloss and vividness which other companies rarely have.  Indeed, some VZ varieties such as Berlingo (Pink OT), Crosser (Pink OR) and Ripasso (Red OR) were standing out at our event as well.

There were interesting varieties; an OR variety which is like The Edge but the color gets rather stronger in hot season, and “Chameleon” which starts with white color at first and greadually become pink as it grows. 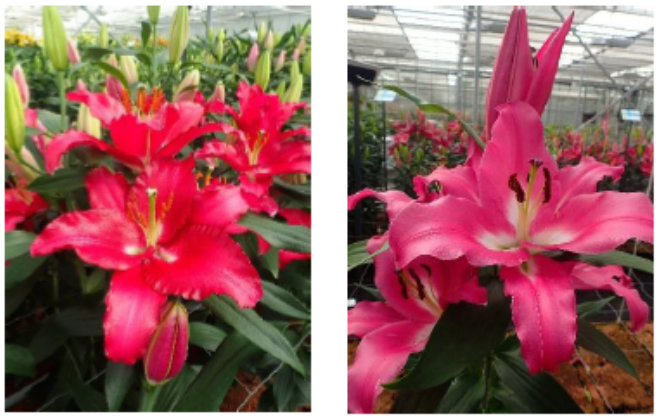 They told us the present situation of new varieties and the future.  We found some hope from the story.  Breeding companies are now emphasizing on OT, and making new pure OR seems finishing.  On the other hand, some of their OT are actually “75% OR” after crossing OR on OT over and over.  Such varieties don’t show border of OT and OR.  I was thinking that breeding for Chinese market is becoming bigger, but to see and hear things there, I found that it wasn’t always true.  Breeding aimed for a certain market is very risky and unstable, so they make various varieties which adapt to markets in the world.  For example, Vletter has been increasing OT whose colors are usable in Japan. 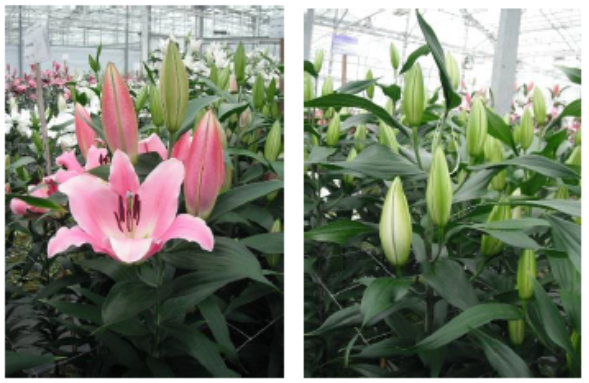 Many varieties in their test greenhouse were already on sale.  Most of them are OT, and Mak doesn’t make new OR any more.  White is Astana or Devora, yellow is Bellville and Eldoret, and red is Corvette, Redford and Fedora.  All are OT.

Many of Mak varieties’ licenses are sold to bulb growers, and quantities are increasing.  Unfortunately, a few varieties are not attractive enough for cut flower growers for now, but we hope that new good varieties for Japan like Zambesi or Tabledance will appear. 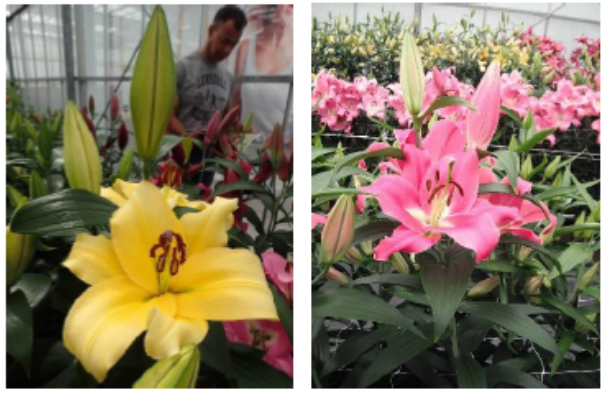 Most breeding companies showed brand-new varieties in their exhibition, but many of such varieties take more than 5 years to become actual salable varieties.

World Breeding, not like other companies, shows their greenhouse differently.  They introduce many varieties whose production will be big in short time.  It’s also their device to put some marks on the ones which the licenses were sold this year.  Sisto, Castellani (White OR), Diamante (Pink OT), and Catone (Pink OR) are the examples.

There were many World Breeding varieties in our Lily Fair June too, and some OT showed good bud counts and colors which Japanese market likes.  For instance, Rocelli which is fast growing with long stem and strong in summer, and Diamante which is also good bud counts and volume are increasing their production. 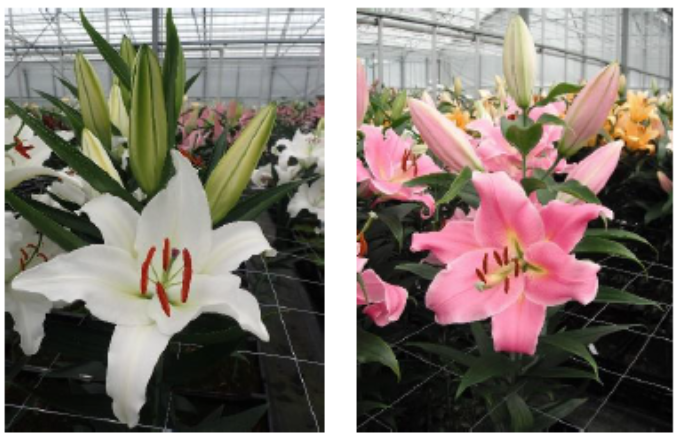 They have interesting pot lineups called “Joy” series, and Pollen-free ones are increasing these days. 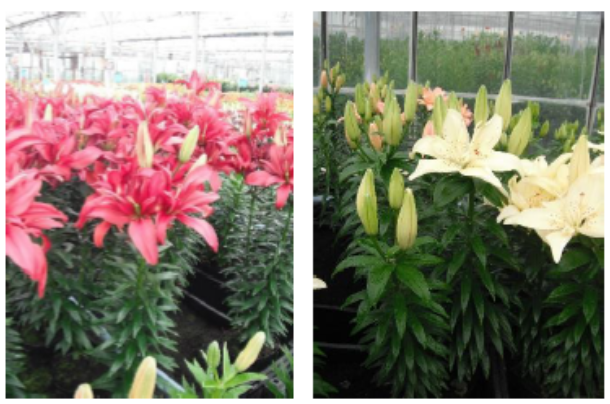 They have many unique varieties for dry sales.  “Easy” series are expanding its market to cut flower growers.  Some Dutch flower growers try a few unique Asiatics, and use them for sales promotions or developing new markets.

Recently many double varieties are coming out.  The representative example is “Rose Lily”.  It’s treated as rare varieties in Japan at this moment, but in China, the demand is increasing rapidly as the production becomes bigger.  The Britain is also taking them for volume sellers’ market.

I could see many different varieties at each breeding company compared to usual years.  Unfortunately, it is true that some new varieties are still difficult to get familiar in usual and old standards.  However, it also can be a good chance to re-evaluate diversity of lilies, seeing new double, pollen-free, or stylish tiny flower varieties.

During my visit to many companies in Holland, I sometimes talked with the people there about how to promote each variety.  We expect that we will have to throw away the stereotypes existing, and propose the new use of lilies to new people in near future.